the UN COLA advertisement campaign by 7up:a master stroke to change the competitive space itself 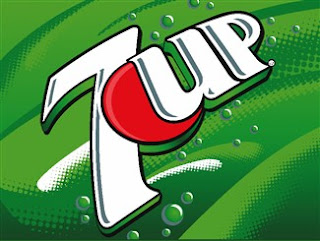 One of the very intelligently designed as well as simple advertisement campaign that had always fascinated me is the uncola campaign by the 7 up. The campaign signifies the importance of changing the competitive space itself when you are dealing with well established players in the market.There is absolutely no intelligence in fighting with a well established competitor neck to neck. That will simply prove fatal ,the best way would be to fight them on an absolutely different plane,and this strategy was exemplified by 7up in 1967 when it came up with its very famous uncola campaign.

Back in 1967 both coca cola and pepsi were leading cola brands and the word cola was synonymous with the word beverages .Both Coca-cola and Pepsi were having strong dominance in the psyche of cold drink lovers,at that stage according to conventional thinking 7 up which was or in fact is basically a lemon drink could have been done two things either it could have introduced a cola brand of itself or it could have positioned itself as a lemon drink thus highlighting some of its salient features as lemon drink.Following the first would have been suicidal because with two leading brands already in the market it would have been really tough for 7 up to invest its resources and to come up with a 3rd brand that could  change the status quo,had they followed this course of action 7up would have definitely made huge losses. The second course of action though could have been better from the first one but solely emphasizing on the type of drink it produces would have never helped it to to configure itself accurately among the psyche of customers with respect to its competition.

An intelligent ad design is one where you position yourself with respect to competition ,the competitive space where you are waging the war should be clear to your customers,and thats what 7up did,it came up with its famous campaign “7 up the uncola” thereby at one end waging a war also with there competitors which were basically cola brands and at the same time not waging it since it is not a cola.The uncola campaign positioned 7up in a very tactful way,it made its message clear to the public "here is a drink that is not a cola,it is different and it is very proud on its difference ."It clearly gave an alternative to try for the prospective customers of that time, and this paid off.With in a very short interval of time the sales of 7 up skyrocketed. It enjoyed huge market share in the coming few years.
The campaign was really successful in changing the competitive space itself for 7up which gave 7up in getting a clean sweep for first few years.

REFERENCE: a) POSITIONING:JACK TROUT AND AL RIES.
b) http://www.drpeppersnapplegroup.com/.
Posted by Management Guru at 5:00 AM