The puppy dog ploy:a must read for start ups. 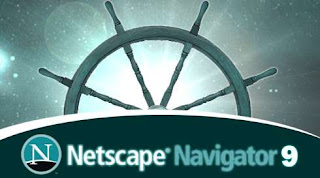 The puppy dog ploy is a life saving strategy that any start up needs to follow in its initial days,As illustrated by the name this strategy suggests that during initial days of it's growth when any start up company suffers from lack of resources and doesnt have deep pockets as it's competitor's the company should mantain a low profile and should try to reamain unnoticed in the competitive arena.puppy dog ploy helps the start ups to avoid onslaughts from established players of the market thus ensuring uninterupted growth for the start up .The logic for this is very simple ,suppose you run a start up company and if you want to compete against well established players in the market you need to come up with some inovation,because thats the only way you can make a niche for your product ,now the problem is that if your idea clicks and you grab a lot attention for it then surely and certainly the well established players in the market which have got deep pockets will be attracted towards investing in this new idea and with the kind of pocket they have and the kind of brand value they enjoy the chances are very high that will beat you very easily on your own game.

So these new start ups should alawys resist the temptation of making big claims in the begining of there growth,one very good lesson can be learned by" NETSCAPE" ,the company came up with a web brouser navigator in 94 and with in 8 months the company captured 90% of the web brouser market,from day one the company was challenging microsoft heads on,The cofounder of the company MARK ANDREESSON AND JIM CLARKE never missed any oppurtunity in debasing microsoft,they claimed microsoft as the deadstar and declared that very soon the the MS window will become obsolete,though it helped the strat up in gaining publicity but at the same time it also made BILL GATES very cautious of netscape,he made internet his top priority and and used all of his resources to beat netscape,MS used both soft as well as hard power to beat netscape,not only did it strated delivering it's web brouser interenet explorer free but also it paid heavily to companies like KPMG AND AOL to switch from navigator to internet explorer,as a result of this netscape started losing it's market share and finally lost the battle to micro soft,in the end it was taken over by AOL in 10 billion us dollars.While netscape made the blunder TRANSMETA adopted this puppy dog ploy very perfectly,this micrioproccessor manufacturing firm was founded in 1995 but from the very begining it kept a low profile,very little was known regarding it's business,by 2000 it came up with a new version of microproccessor that can run both window as well linux operations by utilizing a fraction power used by INTEL micropocessors,the company got a lot of media attention after the launch of the product and finally when it went public in 2000 it got a market capitalization of some 6 billion us dollars(though the company was not very successful in the near future),transmeta knew that in case they would have created lot of hoopla in the begining Intel a large company would have used a great part of it's resources and expertise in developing a better product than transmeta in the similar segment.


Thus it is advisable for a new start up to play the puppy dog ploy and maintain a low profile as long as it can,it not only averrts strong competition but also helps the sart up in concentarting on it's product.

b)HARDBALL :-GEORGE STALK AND ROB LACHENAUER
Posted by Management Guru at 10:22 AM