Marketing yourself as an ACTOR in bollywood:Where was Abhay Right and Where Vivek went Wrong


The concepts of marketing applies everywhere and Bollywood stars are no Exception, your success as an actor depends heavily on how well you market yourself and how correctly you market yourself .Here i will like to tell stories of two bollywood actors ,one started off well but made blunders in his brand promotion where as the other started off slow but promoted himself in a very slow but strategic sense . 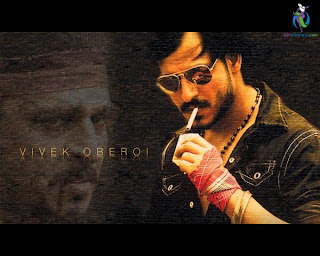 From his very first film Company vivek became the darling of bollywood ,and the press heralded that bollywood has got his new Shahrukh khan,soon after Sathiya followed and vivek gave his second hit in the same year,after the success of sathiya vivek was signed by all the big film makers of bollywood ranging from Subash Ghai,Karan Johar to Mani Ratnam etc.Vivek was now the blue eyed boy of media ,and he was commanding a very strong brand value ,but here vivek made a blunder ,rather than becoming slow he started playing his games very fast, in each and very press conference vivek started to dominate, in every conference a kind of artificial over confidence was quite evident in vivek oberoi, he started pretending as if he was not the would be but the real shahrukh khan,and then there was the famous salman khan controversy ,These all things projected vivek as an inflated balloon ,who was some how a talented man but was highly over rated, soon after what had to happen happened ,one by one his films started bombing at the box office,so here was a man who was holding a very strong brand value as an actor but as a product he was a dud, his brand value itself proved to be short lived and got vanished quickly, very soon he was forced to play supporting roles from main lead roles ,as there is a wonder full saying in marketing nothing kills more than a bad product but a strong promotion, the same happened with vivek, but here i must confess that the product was really not bad,with time vivek had really learned a lot from his mistakes , As an actor he had become quite serious , though still he is not smart enough in dealing with media but he has some very exciting projects in his kitty, and is ready to make a comeback with a bang. 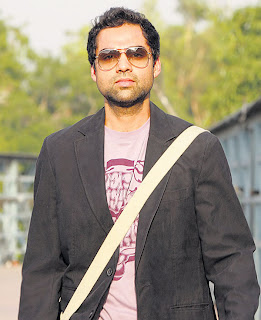 The mistake that vivek did was that he promoted himself so strongly that there was exorbitant amount of expectations with him but when his films came ,there was a mismatch between what was expected and what he delivered(though no doubt he was a talented actor, but the expectation itself was so high that it was tough to deliver),But where as vivek did mistakes another actor abhay deol who debuted in 2005 with his film Socha na thaa, played his cards very intelligently, from his very first film it was evident that this deol is a deol with a difference, there was no doubt that abhay could be nurtured into a great actor ,but abhay never tried to be aggressive in his initial days, since the release of his very first film he was offered a bunch of flicks but rather than choosing any film that came on his way he was very choosy with selecting film, even while choosing the kind of roles to play Abhay preferred playing offbeat roles ( different from playing intense roles in parallel cinema and at the same time avoiding typical bollywood hero kind of roles where an actor is more a hero rather than an actor) , he preferred such roles where he could really deliver and the result was that not only did he receive a lot of rave reviews for his performance but also since he choose the middle path his prospects as an actor was open in both kinds of cinema , that is in parallel/off beat cinema as well commercial flicks .while dealing with media also he always projected himself as a smart, elegant and intelligent actor .(He has got the privilege to speak min WHARTON UNIVERSITY ), but never crossed the line ,as an actor he knew his limitations and never tried to project himself something larger than life but at the same time never went underground as well , at regular intervals news related to him was there in the media. The over all result was that not only was he in a position to establish himself as critically acclaimed actor but after the commercial success of DEV D he is one of the sought after commercial actor of bollywood .

Both VIVEK and ABHAY have huge potentials and have got a long way to go, only time will say who will be more successful but right now the ball is in Abhay's court and a great degree credit definitely goes to the way he marketed himself .
Posted by Management Guru at 5:41 AM 2 comments: Links to this post