Branding of an after shave brand 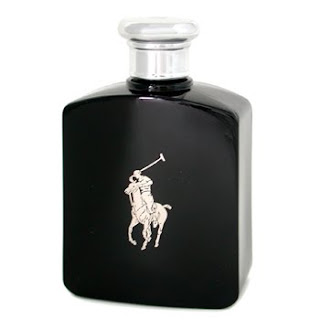 2) Price :-the role of price in branding does not look very clear over here. But one thing is for sure that is since it is a luxury brand a price some how in the higher side will do favor .

4) Advertisement :- a brand like an after shave is not a basic need , it is more of a desire and so for any such kind of product it is very essential that it should be promoted in a very stylish and glamorous fashion .The advertisement should strike instantly with the consumer psyche , it should be in a position to compel the customer to spend few extra bucks from his pocket to get the brand. In view of this it becomes essential that an advertisement for an after shave brand should contain added flavors of glamor, style or sensuality .Those elements should be produced in such a beautiful way that it must compel the viewer to connect himself with the brand .For exp:- an advertisement that promotes an after shave as a product which helps in attracting females then in that case the ad should be made in such a mesmerizing way that it must compel the viewer to think that after applying it his sex appeal to the females will increase two fold.

These above given factors are important for developing the brand value for some thing like an after shave but a very important fact that has to be considered is that these factors do not directly affect the consumer, the impact made by stuffs like lets say the packaging or advertisement will either be of some imaginative nature or aesthetic purpose or at most of ego satisfaction but to make a mark as a brand it is very essential that the brand must make a deadly impact on the consumer while he is using , as a consumer(as a consumer not merely as a customer ) there must be a chord between him and the brand.As a product it must give some direct value addition to it's consumers ,for this purpose in my opinion two parameters are very essential .

a) Feeling of freshness that the shave can give and the longevity of freshness :- by feeling of freshness i mean the cooling effect which the after shave gives and the smooth skin that one gets after applying the shave .This is some thing very important for building the brand value of the after shave, a point to be noted over here is that not only the intensity matters but what does matter is the longevity, because the more the feeling freshness will prevail the higher will be the bond time between the brand and the user and stronger will be the impression of the brand in the eyes of the user .

b) Fragrance and its longevity :-Similarly fragrance and its longevity are also very essential factors that can help in building the brand value of an after shave brand. Fragrance is something that directly impacts the consumer .So its quite natural that a nice fragrance will make a strong impact but a very important factor that has to be taken care of is that simply a strong fragrance is not going to serve the purpose since mostly any after shave brand has strong fragrance , what does matter is the longevity of the fragrance , like freshness the higher the fragrance will remain the stronger will be the impact. A nice fragrance will make the first impression but if it will vanish of soon then it cannot reaffirm it self, but if the fragrance can maintain it self for a longer period of time then every time the nice soothing smell will enter the nostril of the consumer the higher will be the feelings of the consumer for that brand.Longevity of the fragrance will ensure a prolonged positive interaction between the consumer and the brand and will surely give enough time and space to the brand to win the heart of his consumer .


IN THE END I WILL LIKE TO LIST DOWN ALL THE FACTORS THAT CAN AFFECT THE BRAND VALUE OF A PRODUCT LIKE AN AFTER SHAVE IN INCREASING ORDER OF THEIR SIGNIFICANCE :-
a)Medicinal use.
b) Price .
c) Color, Packaging, Advertisement.
d) Freshness and it's duration, Fragrance and it's duration.
Posted by Management Guru at 10:43 AM 30 comments: Links to this post