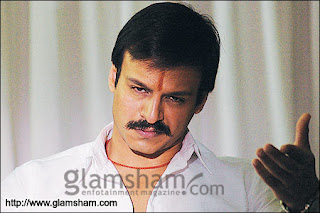 Well it had been a week over here at Sheffield and the author is off to write his second blog & the topic is related to one of his favourite areas of interest: Indain film industry.
The author intends to talk about one of the most talented but most wrongly marketed Bollywood actors Vivek Oberoi, the kind of roles that he plays and the kind of media image that he maintains. One must understand that in a nation like India where both films and actors are adored heavily,every actor is a brand in himself.Every actor has both real as well as latent brand value that can be cashed in the form of asking price for films, stage show charges, endorsements etc.Media plays a very important role in deciding the exact brand value of these actors in the eyes of there customers that is the general public. Many a times there are actors like Ritesh Deshmukh,Arjun Rampal who are over rated in the media and then there are actors like akshaye khanna and vivek oberoi who are grossly under rated.*

Though the author does not intend to go into very details of every actor but will like to point out a very big blunder that Vivek as well as other actors do too often: Maintaining an altogether different image on and off the screen.One must admit that though these days actors in Bollywood are experimenting a lot with there roles, but in spite of that there is a specific kind of roles for which every one is known for. For exp:- Ajay devgan is known for playing serious roles,Salman Khan is known for playing roles of strong headed guy, roles that require throwing lot of tantrums and attitude,Sanjay dutt is known for playing mafia kind of roles and Sahrukh khan for romantic roles.Though Vivek himself had played so many different kind of roles but primarily he is some one who had always been appreciated for rough and rash roles. Be it the role of a dreaded criminal in shoot out at lokhandwala, an aspiring gangster in Company, and the no non sense young guy of Road.Vivek is some one who looks best when he has to play an earthy character, a character which does not reside in some fancy world but comes from the world of darkness,some thing that exemplifies the baser instincts of the human character.Even in his upcoming film Raktha Charitra where he is playing a south Indian feudal lord he is looking magnificent.He is some one who is always associated with grave and grey kind of characters, but when it comes to his off line life he has altogether a different image.He pretends to be too good and humble. Here the problem arises. People in India have a fixed image for every actor, they love to see them in that only. If an actor is rash and grave on the screen then they expect the same off the screen too.If he is a goody goody kind of guy on the screen then the same is expected from him off the screen too. The author is not saying that there is any harm in being a good boy but in case of vivek oberoi it creates an identity crisis. At one hand when he plays the role of a gangster and on the other if he tries to flatter Salman Khan in some media conference then it's obvious that normal public will find it tough to relate with him.He must understand the commonsensical fact that a hero who plays the role of a bhai or a gangster is not expected to plead in public, to try impressing some one knowing the fact that the other person do not even care a damn. Based on the type of role which he does ,Vivek really needs to change his way of behaving in public.There is no harm in showing humility but the essence of a mafia should not be missing nor should the style.The gravity with which he plays his role should not be found missing.The silent arrogance needs to be there not only on the silver screen but also in the real world. After all a brand is what the world perceives you.
(*:- Views are personal in the particular case)
Posted by Management Guru at 9:19 AM 11 comments: Links to this post

The Arab community: what they have and whta they dont have 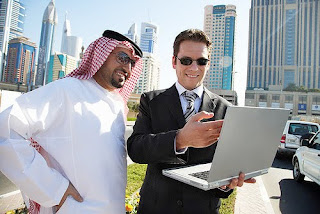 Well the author has reached united kingdom for his student exchange program and beside enjoying the English autumn one very important purpose he is having is to interact with the international community and to have a first hand experience of their culture, beliefs and their strengths and weakness with respect to the global business framework. Today the author is going to write on the Arab community:-

2> Good negotiators: Arabs have always been traders. Trade had been the life line of Arab economy, as a result of which it had been seen that they are not only good sales man but have great knack for negotiations too.

Weakness
1> Continuous hardworking ability is missing in them: in contrast to their other counterparts they do not have the ability put continuous effort. They do put a lot of effort when needed, but cannot continue it for a longer period of time and this is something that really kills there prospect as strong professionals. In the modern world of business sustained effort is really needed if one wants to succeed. For this flaw of there even the Arabs can't be blamed completely. lot of credit goes to the environmental factors of the Arab world also. The weather had always been hostile in the arab land.So it had been some how tough for them to continue putting hard work. More over economies of countries like Bahrain have relied on stuffs like Pearl, fish etc. For these things one does not need to put continuous effort. One needs to work hard only when needed and then after the harvest can rest for large time.

(Views here are based on the authors own understanding of the Arab people, his readings on the Arab world and his interaction with people who have worked in the Arab world.)
Posted by Management Guru at 10:46 AM 3 comments: Links to this post