PEST and SWOT Analysis of MICE industry in Singapore 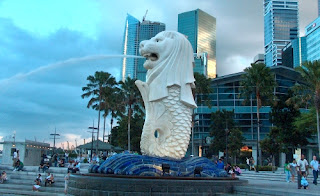 Singapore is one of the leading MICE destinations in the world. Located in a strategic location and known for its pro business environment it accounts for almost 25% of business tourism in Asia. Annually it conducts some 6000 events resulting in some 3 million visitors and 6 billion US dollars as revenue. (Singapore convention and exhibition directory, 2010-11)


In UIA ( union of international associations) world ranking for best MICE destination it scored 2nd rank just next to USA. Since the past 25 years it is being awarded as the best MICE destination in Asia by the UIA. The following blog attempts to do a comprehensive analysis of MICE sector in Singapore with the help of strategic frame works such as “PEST” analysis and SWOT analysis.

• It has a very pro business government.

• In 2010 STB has launched “your Singapore” drive to promote Singapore as a MICE destination.

• Thus it can be concluded that the political factors are very favorable for the given business at Singapore.

• Singapore is a vibrant economy with its economy depending heavily on exports. From 2007 to 10 it enjoyed an average GDP growth of 7.62%. It enjoys a higher per capita income than most of the developed countries. ( Trading economics.com, 2010)

• It is home to more than 500 financial institutions there by indirectly supporting the business with better and smooth credit and liquidity in the market.

• Due to its investor friendly government and vibrant economy large no. of MNCs have their base in Singapore. Around 80 international associations have their base here. There by making it an epicenter of business activities in the region.

• It has a very strong education system.

• Everyone is comfortable with English.

• Along with business tourism opportunities it has great facilities for leisure activities such as state of the art shopping malls, casinos, resorts, restaurants etc.

• Thus it can be concluded that the social factors are very supportive for the MICE industry in Singapore.

• Singapore is considered as a very safe city.

• Singapore has a world class IT infrastructure and IT support.

• It is well connected with different parts of the world with the help of airline and well equipped ports.

Thus it can be fairly concluded that all the four factors that is Political, Economical, Social and Technological factors are extremely favorable for the MICE industry at Singapore. Probably the strong growth of MICE sector in Singapore over the period of time can be explained with the help of PEST analysis.

• Rich in infrastructure and resources.

• Base for a large number of MNCs and associations.

• Well connected with different parts of the world.

• Though there is no fundamental weakness but high cost can be considered as a weakness especially in comparison to emerging MICE destinations like Vietnam, China and India which are much more cost efficient.

• Being a small place it has its own limitations. Unlike China or India it cannot provide a wide range of exotic landscapes to explore for its visitors.

• Singapore is situated in South East Asia which is one most happening place in world trade and commerce and is showing exorbitant growth in last few years.

• Proximity to emerging stars of world economy such as China and India.

• Strong drives and initiatives taken by government will translate into more business.

• Due to Global economic down turn there has been a reduction in MICE activities across various sectors and Geography.

• Virtual meetings done with the help of teleconferencing are replacing real time meetings. The basic reason for this emerging trend is cost reduction. This can be a future threat to MICE industry in Singapore.

• China is also moving very fast in capturing a larger share of world business tourism. It is predicted that by 2020 china will be having 8.6% of world Business tourism. Not only China has strong infrastructure of international standards but also its services are economical. This will surely have some impact on the MICE business of Singapore. ( Dongugan news, 2006)

• Other emerging locations like India, UAE, and Vietnam can give tough fight to Singapore.

1> Singapore exhibition and convention directory, 2010-11, Singapore raises its stake as a MICE destination, available at < http://www.sgmeetings.com/Indprof/SCNE/SCNEED01.pdf>