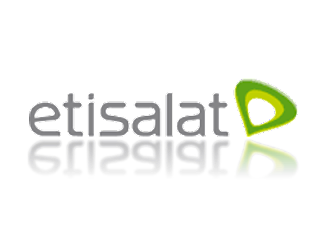 Fig 1: Etisalat Logo ( source : PTCL worker.com)
The given blog is exclusively dedicated to the telecomm giant from Middle East, UAE based Etisalat. Etisalat is among, one of the non oil sector based success stories from the Gulf and the given blog will do a detailed analysis for it. This will consist of the basic introduction followed by the overall telecomm market in UAE. In the next part the growth and expansion of various businesses of Etisalat over the last decade will be studied,  followed by some of the major international subsidies of Etisalat. In the concluding part the future strategies of Etisalat will be analyzed. Once the blog will be done, another blog, dealing with the financials of Etisalat will be rolled out soon.
Introduction
Emirates Telecommunication Corporation, branded as Etisalat is one of the major telecommunication companies in the world, operating across Middle East, Asia and Africa. It provides mobile and fixed line data and voice services to individuals, enterprises, telecomm companies etc. It also provides a wide range of high tech and complimentary services to telecomm companies including SIM card manufacturing, payment solutions, staff training, peering, voice and data transit, sub marine and land cable services. (Etisalat.ae, 2011)
The company was founded in 1976 as a joint venture between International Aeradio limited, a British company and local partners. Later on in 1983, the govt. of UAE had a 60% stake in the company and rest was publicly traded. From 36,000 exchange lines in 1976, it was having around 7, 47,000 lines in 1998. Today Etisalat is considered as one of the biggest success sagas in Middle East and is one of the biggest contributors to the UAE government after the traditional oil sector. Currently operating in 18 nations world wide, it enjoys around 135 Million aggregate subscribers and annual revenue of US $ 8.7 billion. (Etisalat Annual report, 2010)
Table 1:  various companies of the overall Etisalat group 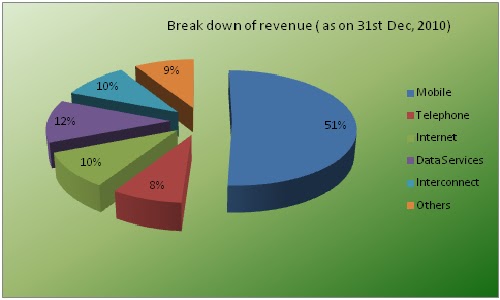 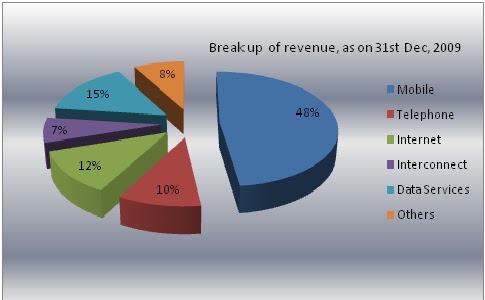 The growth of telecommunication sector at UAE had been synonymous with the growth of Etisalat, its major telecommunication company. The telecom sector in UAE had been highly regulated with Etisalat having monopoly in the market for most of the time. In spite of having monopoly like many of its other Emirati counterparts, Etisalat had always been upfront in coming up with newer technologies and value based innovation in the market. By 2005 mobile penetration was more than 100 % where as internet and broad band penetration was more than 60 %. The market dynamics changed in 2006 with the emergence of Du, another telecomm company in the market. (2dayDubai.com, 2009) Du is owned- 40 % by Dubai government, 20% by Mubadala, 20% by TECOM (Dubai technology and commerce free zone) and rest 20 % is owned through publicly listed shares in Dubai financial market. Presently due to saturation as well as competition the top line of the Etisalat, the major telecomm company seems to be affected in UAE, but it is growing rapidly through international expansion and acquisitions of other players. Moreover the overall ICT sector of UAE (consisting of IT along with telecom) is poised for a strong growth in the coming time. Both the major Emirates of UAE- Dubai as well as Abu Dhabi have ambitious growth plans in the form of Dubai 2015 and Abu Dhabi 2030 respectively and they realize the fact that strong ICT sector is a precondition for achieving these ambitious plans. The ICT sector is expected to get strong boost due to multibillion dollar infrastructure development plans, economic diversification and an exuberant SME segment, in the nearby future.


Growth of Etisalat over the last ten years


From a humble beginning in 1976, Etisalat has grown into a giant organization. According to financial times it holds 140th position among the top 500 companies, in terms of market capitalization. By the mid of 2000 Etisalat had evolved  from a local player that provided basic wire line and data services to an international player providing a wide range of sophisticated services. The given section will discuss the growth track of Etisalat 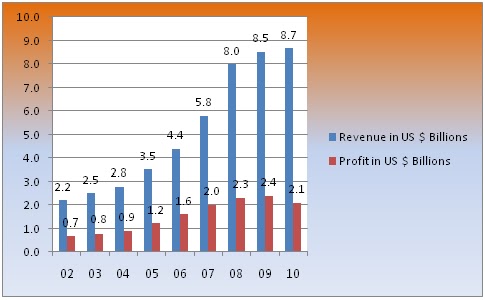 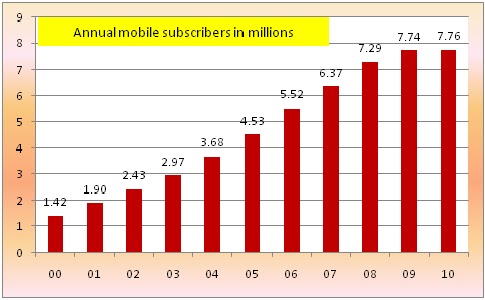 • There has not been any substantial growth in the last three years. 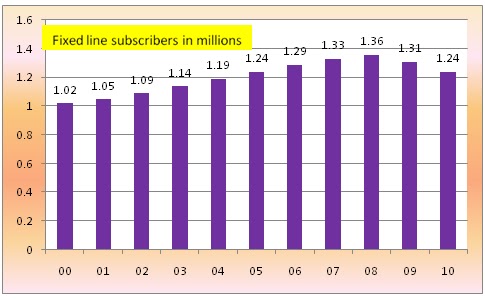 
• The CAGR for number of fixed line subscribers over the  period of last 10 years is very modest at 1.97 %.

• The overall fixed line market for Etisalat UAE had reduced in the last two years. 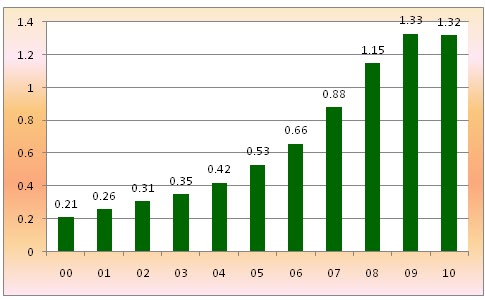 
• The CAGR of internet subscribers for Etisalat UAE, over the period of last 10 years is 20.2 %

• After showing substantial year on year growth for the 1st nine years, the market has taken a dip in the last year. 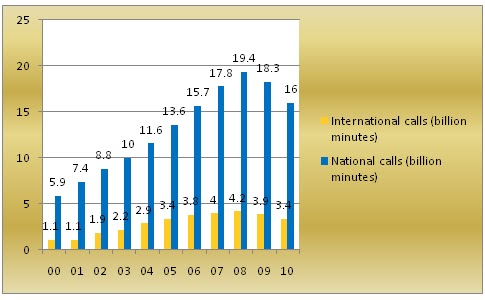 • Both national as well as international calls have taken dip in the last two years.

After studying all the above graphs two important trends are emerging:-

• In every section, the market is reducing down for Etisalat in UAE in the last couple of years, owing to saturation (In 2008 penetration in the mobile market had already reached 190 %, hence providing less scope for further expansion), competition by DU and global economic slowdown.


Etisalat operates across 18 nations in the Middle East, Africa and Asia. It is one of the fastest emerging global telecomm brands, primarily identifying underserved markets and targeting them with high quality, value based innovative services. The international expansion strategy for Etisalat consists of both, having fully owned subsidies as well as having majority and minority stake in various existing local telecom companies. In its tryst with inorganic growth and expansion, Etisalat had so far got commendable success. It is known for entering aggressivley into new markets and expanding the subscriber base very quickly. The following part will  discuss some of the Geographical success stories of Etisalat.


Etisalat entered into Egypt (also called Misr in Arabic) in 2006, as 3rd mobile service provider in the country. Within 50 days of its launch it captured a base of one million subscribers, which had increased to around 10 million by today. Etisalat’s 2G network covers around 98 % of population while 3G network covers around 73 % of the population. (Etisalat.ae, 2011)
Atlantique Telecom, Moov

Nigeria, the most populous African state with 22 % mobile penetration is high up on Etisalat’s agenda of international expansion. Etisalat entered into the Nigerian market in October 2008 and known for its aggressive early movements, captured one million subscribers by June. By September 2011 it was having a subscriber base of 5 million. Etisalat is known in Nigeria for its top quality service and within year of its launch had been credited with the best service provider by the national telecom regulatory authority, Nigerian Communication Commission (NCC). Currently Etisalat is active across all the 36 states in Nigeria and has coverage of 73 %. 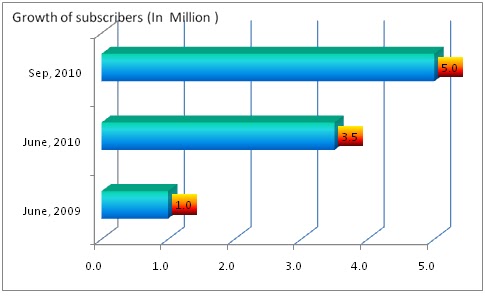 Fig 9: Growth of subscriber base of Etisalat Nigeria, source: (www.itp.net)


Etihad Etisalat (also branded as Mobily) is the second mobile service provider in the kingdom of Saudi Arabia after Saudi Telecom. It entered into Saudi Arabia in May 2005, after winning the bid for second GSM license. Mobily was one of the fastest growing GSM service providers in Middle East and North Africa and captured 3.8 Million subscribers, just within a year of its launch. Presently it has more than 17 million subscribers. Etisalat’s GSM service covers almost 97 % of the populated areas where as the 3.75 G service covers 80 % of the populated areas in Saudi Arabia. Etisalat has a 27 % share in Mobily where as 45 % are with six local partners, rest are publicly traded. (Etisalat.ae, 2011)

Founded in 1947, Pakistan Telecommunication Public limited or PTCL is the largest telecomm service provider in Pakistan. In 2006, the Pakistan govt. sold 26% stake to Etisalat. 62 % is retained by the govt. whereas the rest 12 % is publicly traded.


Etisalat is truly a global brand, with operations spread across 18 nations all over the globe. The future of Etisalat depends how well it expands in to various new geographies and technologies along with the kind of value based innovation it brings into the existing portfolios of geographies and product. Though a considerable part of revenue will come from the UAE, but due to intensifying competition and saturation of the market, maintaining a healthy top line from UAE will not be very easy. Following factors can play important role in deciding the future strategy for Etisalat: -


• New Markets: - newer markets like India and Sri Lanka will play a crucial role in influencing future strategy of Etisalat. Many of the existing markets like Pakistan, Sudan Tanzania and Waste Africa are still underserved and have huge future growth potential. Take for instance Sudan where fixed line penetration is just 1-2 %, and hence offers a great growth potential for telecom majors like Etisalat. Similarly India a nation with a population 115 Million and a penetration of 43 % provides strong growth opportunities. Though competition is quite intense in India with 12 players fighting for their share of pie, the sheer size of Indian market can deliver profitability to many of the competent players at the same time. Similarly in Africa, where many  nations are expected to achieve strong economic growth , the mobile, internet and fixed line penetrations are expected to shoot up, thereby providing a strong growth potential. Along with the existing markets, Etisalat needs , continue searching for newer underserved markets, and devise strategies for them. 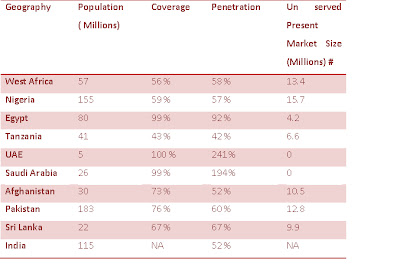 • Future Growth of UAE: - UAE has strong future growth plans in the form of Dubai 2015 and Abu Dhabi 2029. UAE no more wants to be solely dependent on petroleum for its revenue and aims at diversify into various alternate industries such as ICT, High tech, defense, tourism, trade, media, SME segment etc. Currently these sectors are seeking huge capital investment and the expected future growth will influence Etisalat’s business in a positive way.


• Innovative products for local markets:- Like any other globalized company, Etisalat needs to understand the dynamics of the local market and  come up with innovative solutions, customized for the local markets. One very good example can be the partnership between Etisalat Afghanistan and PTCL, which offered attractive rates between the two countries, resulting in quadrupling of traffic since the launch in 2010.  Etisalat needs to roll out such  innovative customized packages to lure more customers.


• Content generation and monetization of mobile content: is an area, which can have future growth potential for Etisalat. (Comm.com, 2011)


• Newer technologies: - The top management at Etisalat believes “Cloud Computing” as a deeply transformational trend worldwide, and  is planning to launch a wide range of service in this field in the near time. Another area that provides a great future potential is M2M (Machine to Machine) technologies. Etisalat is attempting to develop industry specific solutions in the given field. M2M technology holds a great future potential. According to research done by Research Infonetics in 2009 there were 87 million mobile embedded M2M connections, which are forecast to rise to 428 million by 2014, a compound annual growth rate (CAGR) of 38 %. (Comm.com, 2011)